Subs, ships, missiles & drones could lead the campaign Smart cruise missiles blast into the air from secret, high-tech submarines submerged beneath the Mediterranean. Destroyers lob more of the multimillion-dollar robot missiles in another wave of attacks—all under the watchful gaze of ship-launched drones. Meanwhile nuclear-powered aircraft carriers take position to launch jet fighters laden with smart munitions of their own.

If the U.S. goes to war with Syria—one option reportedly on the table in the wake of alleged chemical attacks by Syrian Pres. Bashar Al Assad’s troops that claimed as many as 1,000 lives—a naval armada already forming in the Mediterranean and surrounding waters could lead the attack, heavily back by land-based air power.

There’s plenty of precedence for the naval gambit. The U.S.-supported intervention in Libya two years ago also began with submarine-launched missiles barrages bolstered by ship-based air raids. But unlike Libya, Syria possesses limited oceanfront amid some of the world’s tensest, densest and most militarized borders, deeply complicating the logistics of any American operation. Although vaunted for their flexibility, even naval forces could find Syria an extraordinarily difficult military problem.

As U.S. Pres. Barack Obama and his advisers continue mulling intervention, planners are hard at work. With all its complications, here’s how the sea-launched Syria intervention could go down.

In the early 2000s the U.S. Navy took four old nuclear-powered ballistic-missile submarines, removed their atomic rockets and transformed them into undersea arsenals, each packing up to 154 Tomahawk long-range cruise missiles that can be launched while the sub is still underwater.

These so-called “SSGN” submarines—two based on each U.S. coast—also carry Navy SEALS with their special mini-subs for infiltrating enemy coasts plus, it seems, small aerial drones. A mini-sub is visible on USS Florida’s back in the photo above.

It was Florida that opened up the Libya intervention two years ago, firing more than 90 cruise missiles to destroy dictator Muammar Gaddafi’s air defenses, clearing the way for NATO air strikes. “Never before in the history of the United States of America has one ship conducted that much land attack strikes, conventionally, in one short time period,” Rear Adm. Rick Breckenridge crowed.

As recently as this spring Florida was back in the U.S. Sixth Fleet’s patrol area, centered on the Mediterranean. The 560-foot vessel returned to her base in Georgia in June and her sister vessel USS Georgia apparently took her place on deployment. But then in July a Navy photograph depicted Florida departing base “for routine operations.” Meanwhile Georgia was last publicized patrolling the Indian Ocean.

In short, Georgia is within quick sailing distance of the Red Sea and the Mediterranean, meaning she could be available to launch missiles against Syrian defenses. And if Florida is also being sent back to the Mediterranean, the Navy could have no fewer than 300 sub-launched Tomahawks lurking off the Syrian coast. And that’s not even counting other, smaller American submarines carrying smaller numbers of cruise missiles.

Their biggest problem could be space. Even close U.S. allies are uncomfortable allowing American missiles to fly over their territory en route to their targets: Saudi Arabia and Turkey both banned U.S. missile overflights in 2003. Red Sea firing positions would probably require Tomahawk missiles to fly over Jordan, necessitating that country’s permission.

By contrast, firing from the Med allows direct access to Syria. But with just 100 miles of coastline and more and more warships arriving, Syria’s waters could get real crowded real quick.

The U.S. Defense Department has specifically mentioned four vessels in connection with a possible assault on Syria—all of them 500-foot-long Arleigh Burke-class destroyers deployed with the Sixth Fleet. The USS Mahan, USS Gravely, USS Barry and USS Ramage, each packing a mix of 90 surface-to-air and cruises missiles, are all in the Med.

But the Navy is by no means limited to those four surface warships. “The Defense Department has a responsibility to provide the president with options for all contingencies,” Defense Secretary Chuck Hagel said. “That requires positioning our forces, positioning our assets to be able to carry out different options, whatever option the president may choose.”

Indeed two of the Navy’s thousand-foot-long nuclear-powered aircraft carriers are within a quick jaunt of Syria. The USS Nimitz and USS Harry S. Truman—each with around 70 jet fighters, support planes and helicopters plus several additional destroyers, cruisers and submarines—are both listed as being with the U.S. Fifth Fleet as of Aug. 23. The Fifth Fleet patrols the Persian Gulf and Red Sea.

Nimitz and Truman’s battle groups could, in theory, launch air and missile strikes from the Fifth Fleet area, again given overflight permission by Jordan or another allied country. The carriers likewise could pass through the Suez Canal into the Med for direct attacks. But a carrier group typically spreads out over hundreds of square miles. Packing into the Med, the flattops could run out of water fast.

The subs, destroyers and carrier-launched planes—the “shooters”—are the most visible facet of a possible attack on Syria, but hardly the most important. The Navy could also play a key role in gathering vital intelligence to support any intervention.

Navy SEALs, deployable from SSGNs and surface ships and by air, lately have gathered intelligence in hot spots including Somalia, but they could find Syria’s densely-populated, built-up coast a bit too crowded for quiet infiltration. Drones are probably a better choice for spotting targets.

The Navy has outfitted at least one of its submarines, the secretive USS Jimmy Carter, with aerial ‘bots—possibly the catapult-launched Scan Eagle model. The sailing branch also tested the 40-pound Scan Eagle aboard the SSGNs, although it’s not clear whether Florida and Georgia currently carry the camera-equipped flying robots.

Amphibious ships and destroyers definitely can carry Scan Eagles. And some American surface warships are also outfitted to support the Fire Scout drone helicopter, which can be armed with guided missiles. A Fire Scout based on the frigate USS Halyburton was shot down while scouting targets over Libya in 2011.

The Navy also maintains two giant Global Hawk spy drones in the Fifth Fleet. With the wingspan of a 737 airliner, a Global Hawk can fly at 60,000 feet, scanning the surface below with radar and cameras.

Admittedly, the U.S. Air Force possesses more and arguably better spy drones. When it comes to developing the intelligence for a possible Syria intervention, the Navy would certainly not act alone. By the same token, Navy strikes might only open routes for heavier and more sustained attacks by Air Force warplanes deployed on land in Jordan, Turkey or other allied countries.

But that’s not to say clearing the way would be easy in Syria’s crowded sea and air space. 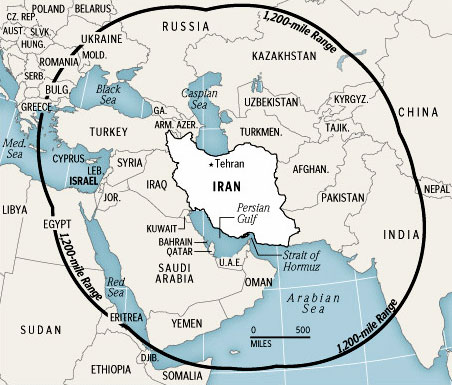